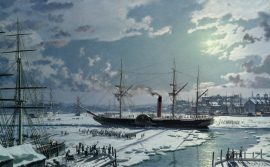 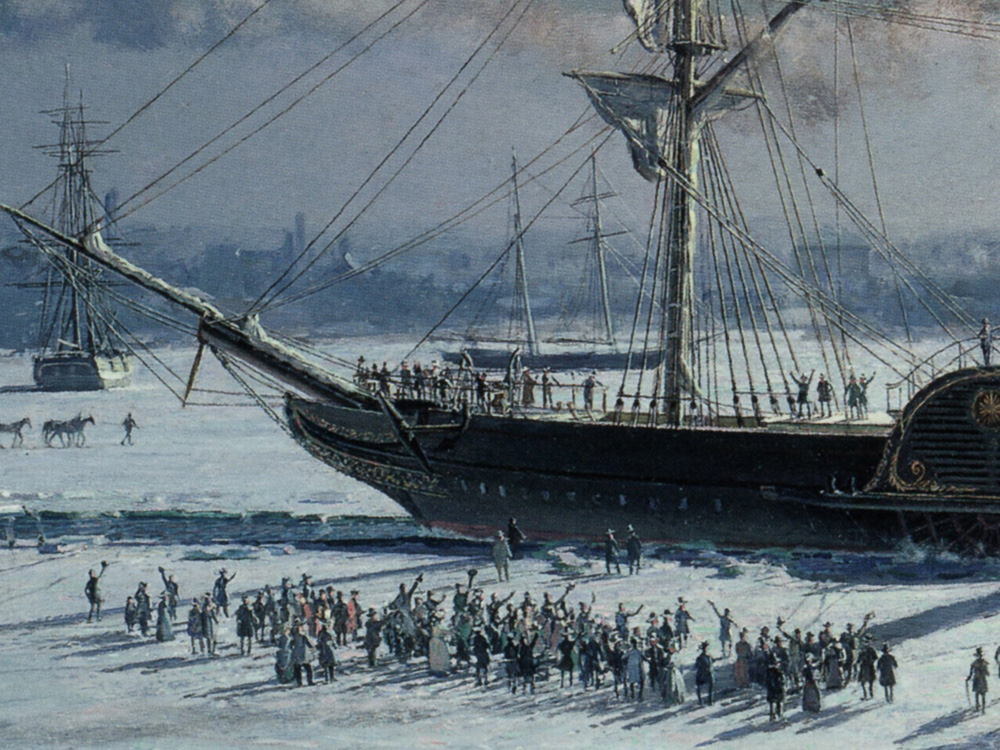 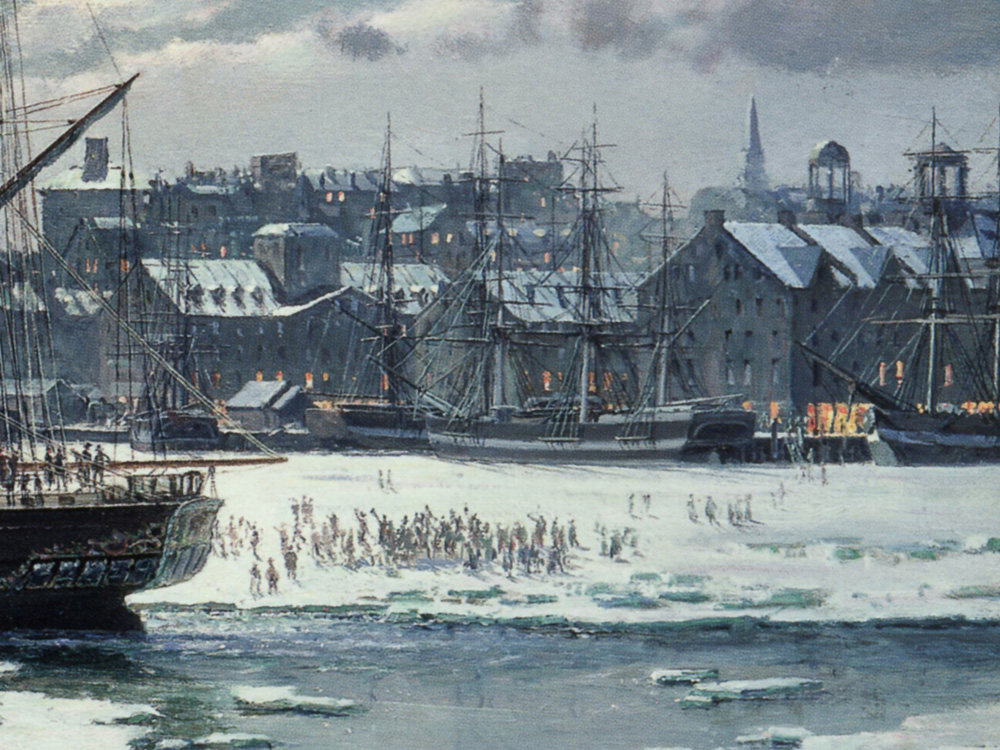 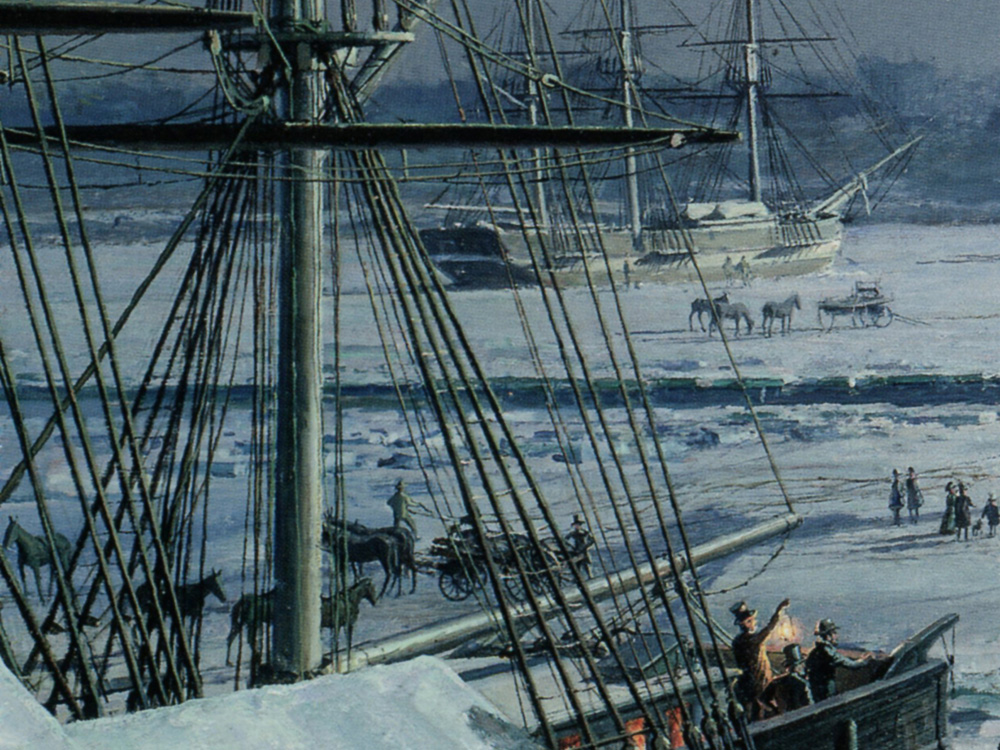 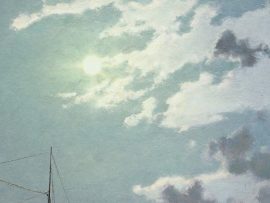 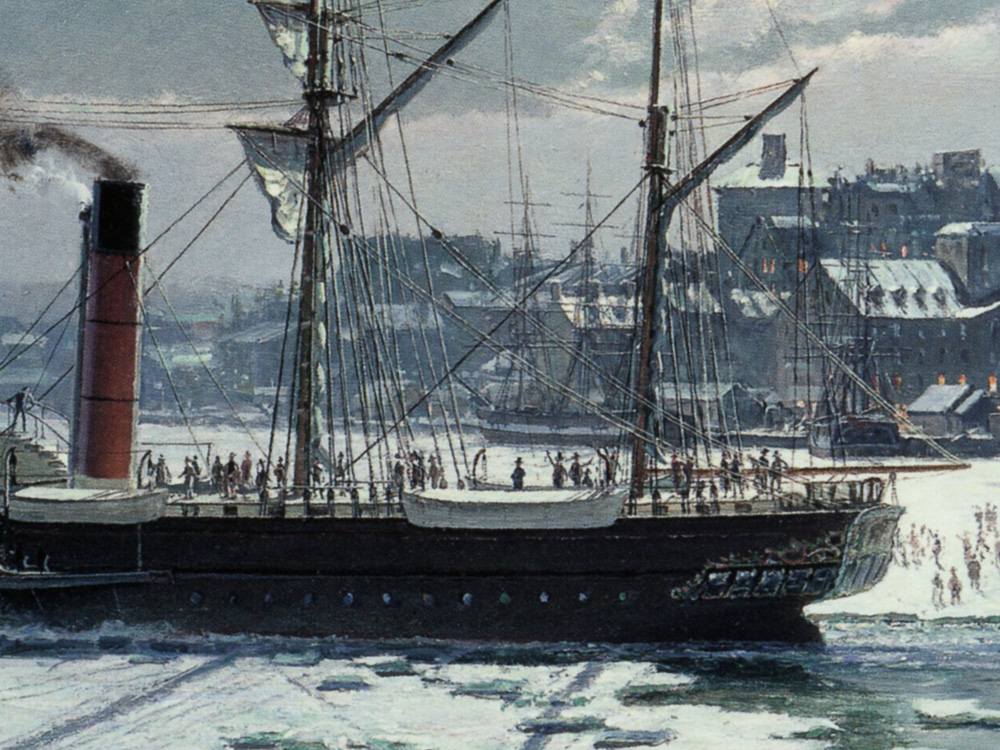 The Royal Mail Ship “Britannia” was the first ship built to carry mail on a regularly scheduled transatlantic service. In 1838, it could take up to six months to send and receive a reply to letters sent between England and America. In November of that year bids were offered for a regular and predictably reliable Atlantic mail service. The successful bidder was a Canadian by the name of Samuel Cunard who persuaded other key partners that they were on the threshold of rapidly expanding commerce between Europe and America. The “Britannia” would be the first of a brand new fleet of four identical paddle-driven steamships, the primary purpose of which would be to maintain fast, reliable service.

This view, looking south, shows the Cunard dock in East Boston in the foreground with the city and its numerous granite warehouses beyond as the vessel finally gets under way.

The fears that news of the occasion would have a detrimental effect on Boston’s reputation as a year-round open port were well founded, as eventually Cunard moved it’s main business to New York, even though it kept its Boston terminal open well into the twentieth century. 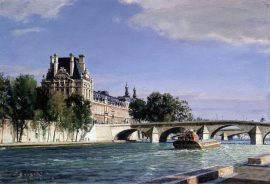 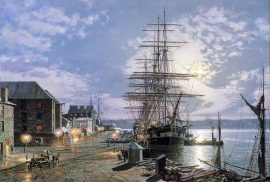